The Reed Flute Cave is a natural cave carved out of the karst limestone mountains over millions of years, and has been one of Guilin’s most famous attractions for over 1200 years. The cave got its name from the verdant reeds growing outside, which can be made into melodious flutes.

Inside this water-eroded cave is a spectacular world of various stalactites, stalagmites, stone pillars and rock formations created by carbonate deposition and illuminated by multi-colored lighting to create a surreal experience.

240-meter-long cave is lined with interesting rock shapes and formations resembling all kinds of strange things. Many of the formations have taken on recognizable shapes of mythological creatures, or natural images. There are formations that look like vegetables and one even looks like the Statue of Liberty. 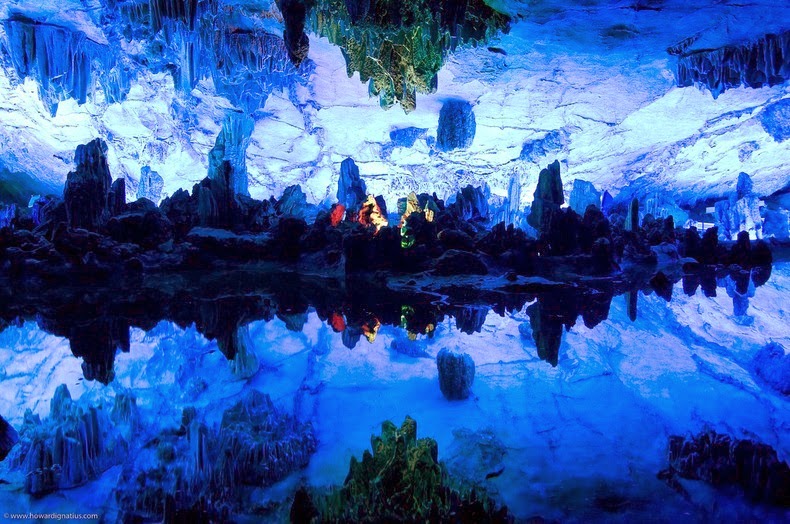 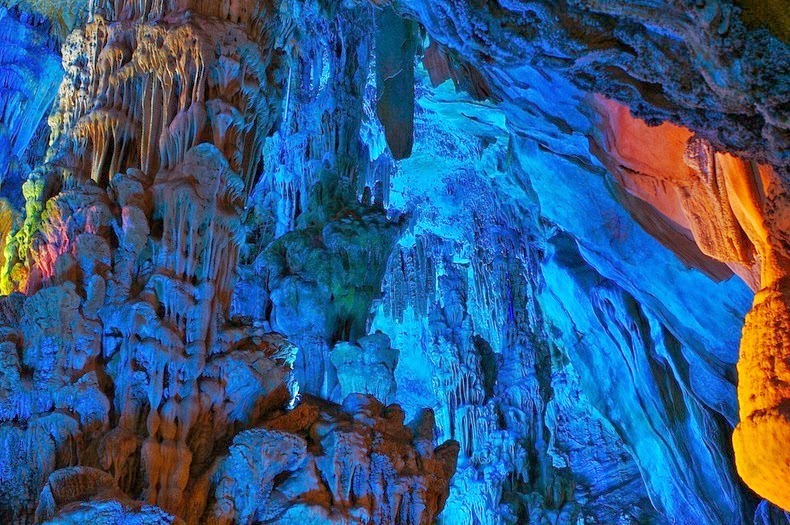 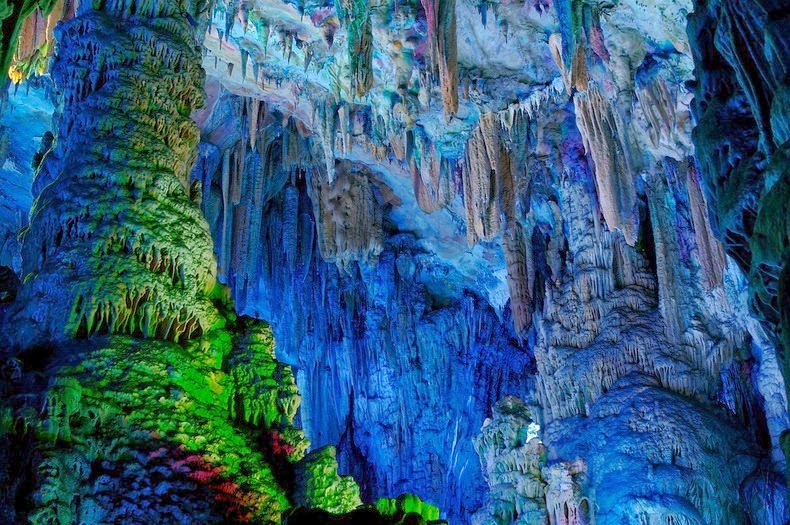 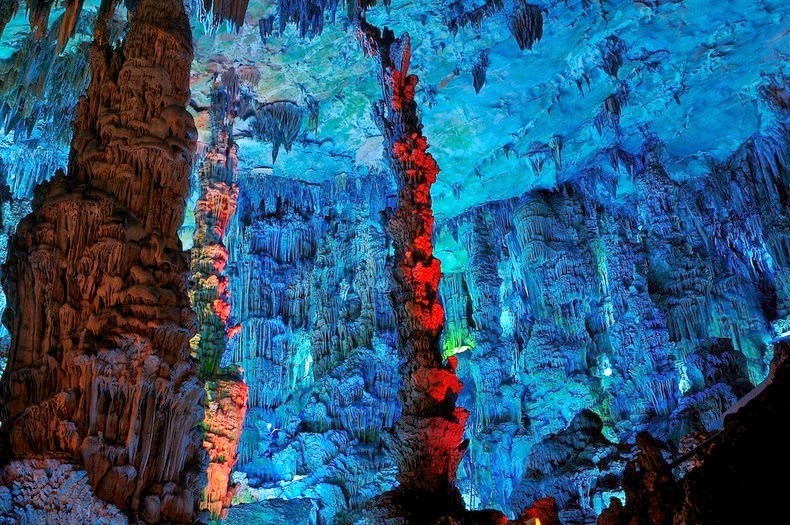 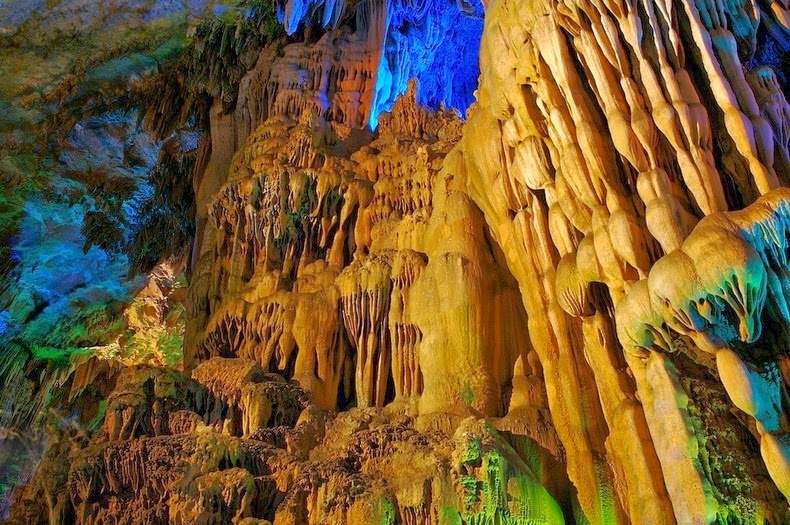 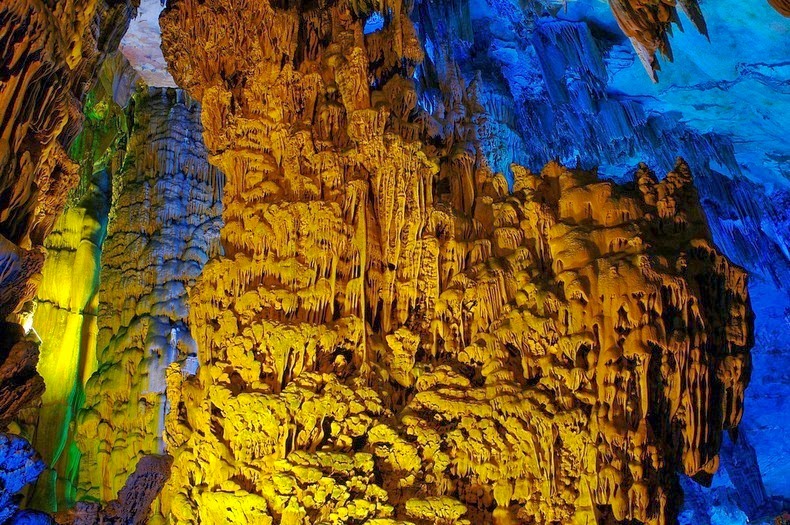 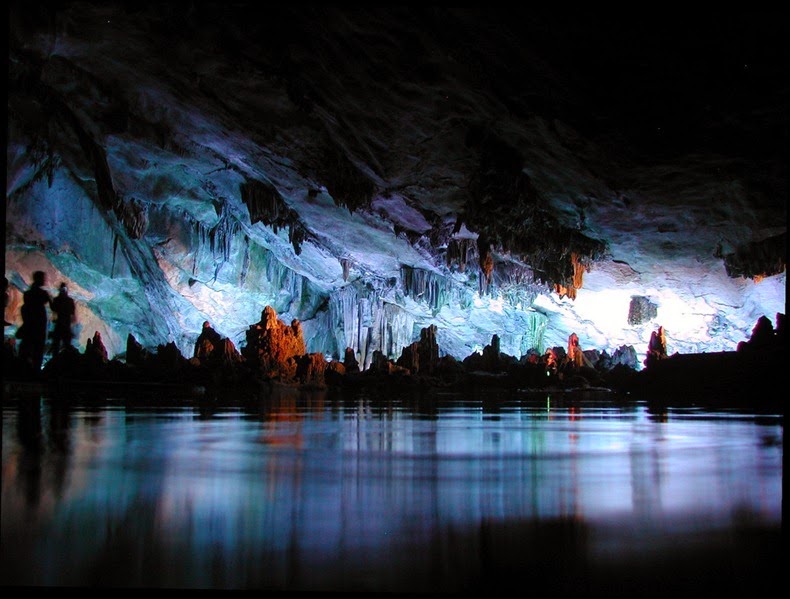