Five unusual ways in which Indians use mobile phones

Five unusual ways in which Indians use mobile phones 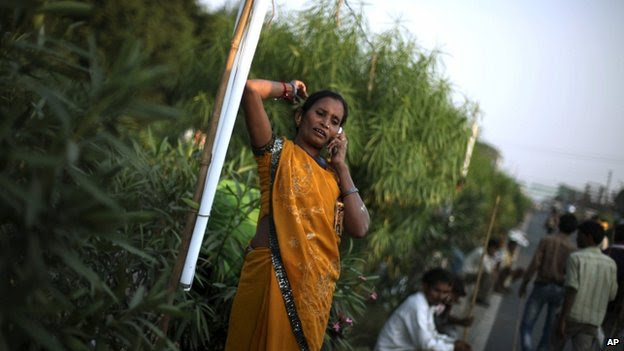 Giving missed calls where the caller disconnects after a ring or two is hugely popular in India and is often used as a way to pass on "the message" without being charged for a call.
Children and employees use the facility regularly to "communicate" with their parents or employers. Missed calls are also used extensively for marketing purposes. Some television channels offer a missed call service to viewers who wish to be alerted about specific show timings.
The missed call is also popular in Africa, the Philippines, and Bangladesh, but in India, it has been converted into a business now estimated at over $100m (£60m).
Delhi-based technology writer Prasanto K Roy says a start-up, ZipDial, lets over 100 companies such as Proctor & Gamble, Cadbury, Colgate and Disney allow customers to request a sample or service or give feedback, all via a missed call.
The service is also being used for political recruitment.
India's newest political party - Aam Aadmi Party (or Common Man Party) - which now rules Delhi, launched a membership drive earlier this month by urging citizens to give a missed call to their phone number. The AAP officers would then get in touch with the callers and get them formally enrolled into the party.
The AAP claims it has added more than 700,000 people to the party through missed calls in less than a month.

Because of poorly lit streets and frequent power outages, many pedestrians in India carry torches. So when Nokia offered the "torch" feature on its popular mobile handset, it became an instant hit and soon other manufacturers too jumped onto the bandwagon.
Unbranded and cheap Chinese phones with LED flashlights began flying off the shelves.
When smartphones entered the market, they gave up other popular features like FM radio, but retained the flashlight, placing them right next to the camera for easier access.

With more than 200 FM stations, India offers a wide choice of FM station to listeners. But a majority consume radio content on devices that are not traditional radio sets. Millions of people use their mobile phones to listen to FM programmes and most of the low-end phones sold in the market now come with this feature. Many of those who have upgraded to smartphones, which do not have radio, use third-party apps like Tune-in to access FM stations. India's national radio broadcaster All India Radio has also introduced mobile apps to enable live radio streaming for smartphone users. 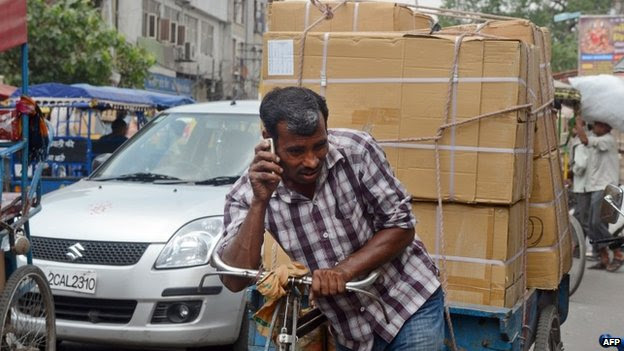 Indians have devised innovative uses for their mobile phones
Also, some non-governmental organisations, like CGNet Swara in the central Indian state of Chhattisgarh, are using mobiles as a tool to gather and broadcast news in remote tribal areas. Villagers call in to record a short news item and the NGO uploads these "citizen news" reports on its website. And those who want to listen to them can dial a public toll free number from their mobile phone to tune in.

A couple of NGOs like Access Agriculture and Digital Green offer a call-in service to farmers and rural poor to listen to an audio version of videos.
The NGOs help farmers create and share videos and lets them log in to view the videos. But since all of these services are available to those who have access to internet, what happens to others? Those who are in areas with poor internet connectivity?
Well, they can still listen to the audio version of a video clip - all they need to do is call up a number, choose the video they want to hear and request a call-back.

One of the most common uses of mobile camera in India is to scan or take photos of documents. For instance, those filling up forms for a bank loan or a government identity card may want to keep a copy of it. But as photocopier machines are not available at all places, how do they do it? They turn to mobiles.
Students too use their mobiles to scan their study material and one can often spot them on Delhi Metro memorising notes displayed on their little screens.

By Tushar BanerjeeBBC Hindi, Delhi
Posted by Noush at 8:51 AM